Early successful results are in for the UMCC #1H-17 horizontal well (Mertilla-Dunham Prospect) located in Meade County, KS.  The UMCC #1H-17 is the first attempted and completed Kansas horizontal well that Herman L. Loeb LLC has actively participated in.  The well, with a currently set pumping capacity of 300 BBL of total fluid per day, has averaged 260 BOPD & 40 BWPD (87% oil cut) during its first week of post-completion production, and it is realizing an increasing oil cut percentage each day.  Situated in the previously proved but largely undeveloped 18,000 acres Mertilla-Dunham Southeast prospect originally generated by McCoy Petroleum, the well has a vertical depth of 5300’ and a horizontal lateral length of 4500’ (9825’ total length) in the upper Mississippian series.  Lease operator McCoy Petroleum along with American Warrior and Herman L. Loeb LLC are the majority working interest partners in this initial test well.  Sterling Drilling Company (Pratt, KS) served as the drilling and well service contractor for the well which was completed using a 16 stage frac design.  The well, spudded on July 10, 2018, achieved first production on November 19, 2018, following several weeks of weather and site access delays leading up to its completion.

Prior to the new field discovery, Mertilla-Dunham leaseholds were purchased in part by Loeb in 2012 with full 3D seismic acquired shortly thereafter. The first 13 vertical wildcat wells were drilled between 2013 and 2014 by the prospect participants, achieving a 77% success rate.  The vertical well 30 Day IP’s ranged from 30 BOPD to 115 BOPD with an average above 75 BOPD.  The average estimated recoverable reserves (EUR) by each vertical well was calculated at approximately 38,000 BBLs with a range of 15,000 to 124,000 BBLs between the first 10 successful completions.  With declining oil prices the project was shelved for 3½ years before the drilling of UMCC #1H-17 well.  The prospect partners elected to experiment with the development of the field using horizontal technology for economic benefit (reduced capital and increased productivity).  Theoretically, each nearly 1 mile long lateral horizontal well may produce the equivalent of 9-12 vertical wells at 45%-50% of the total capital cost.  Conservative EUR’s per horizontal well in this field is estimated at 250,000 BBLs with higher end potential near 375-400,000 BBLs.  The prospect has approximately 40 more proved undeveloped horizontal locations and up to 30 unproved undeveloped horizontal locations remaining.  A second experimental horizontal well is already planned for execution in early 2019. 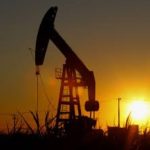